Supported users have the ability to view a log of files that they have uploaded to the FTP and their status.

Written by Support Team
Updated over a week ago

Supported users have the ability to view a log of files that they have uploaded to the FTP for import and the status for each file. This information can be found by heading to account settings > data > FTP and clicking “View FTP Log.” 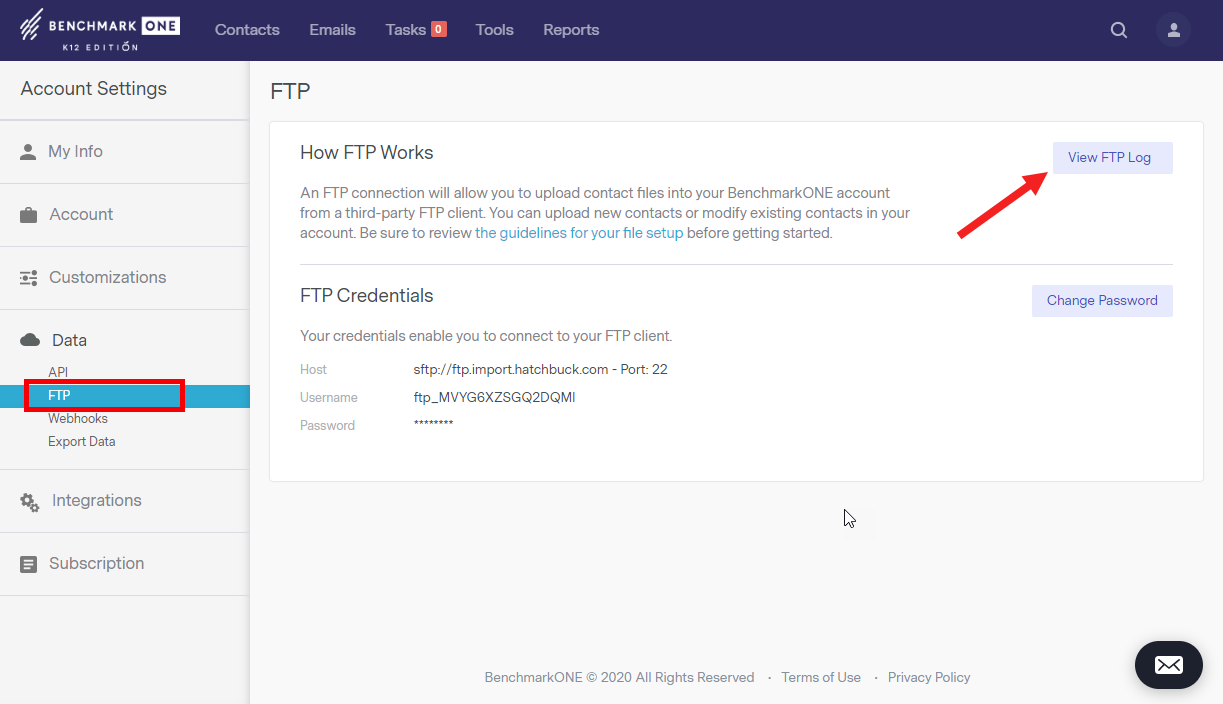 From the FTP Log Dashboard, there are 2 different statuses that will display:

Clicking on the status will bring up a log file which gives more information about what was successful or unsuccessful about the import. It is important to note that an import may show as “Success”, but still have important considerations in the log file.

💡 Tip: The Dashboard will only display files that have been processed via FTP by the logged-in user. Files imported by other supported users will not display.

The Log File has two different types of messages that display within it:

In both of these messages, information in brackets { } will be replaced with data related to the import associated with the status that was clicked.

Primary status messages are high level and include holistic information about the status of your import. This message is associated with the status that displays on the dashboard. Therefore, if the user clicks a “Success” status in the dashboard, the log file is going to start with the Successful Import Message.

💡 Tip: Users will see a success status for any import where at least 1 record was successfully added/updated.

Alternatively, if the user clicks an “Unsuccessful” status from the dashboard, the log file will start with the Unsuccessful Import Message.

Unsuccessful import messages typically have an import failure reason. The available reasons that may display are as follows:

This is not common, but could happen if the database lost connectivity to the server, for example. If a user receives this message, they should try to re-import their file.

💡 Tip: BenchmarkONE does not store previously processed files on the back-end and therefore, will not be able to research issues within data import files. If there are questions surrounding an unsuccessful import, please reach out to our Support Team at support@benchmarkone.com and provide your import file.

Did this answer your question?